Fortnite is a free-to-play online game where up to a hundred players can play at once. Drawing inspiration from the 1999 Japanese novel Battle Royale and The Hunger Games, players must scavenge supplies, build structures and find weapons to eliminate each other until only one person is left.

Players can play alone or in teams, and can opt into audio chat with their teammates.

Health professionals have warned against the impact of video game Fornite, likening its effects to those of hard drugs.

The online shooter-survival game, played by more than 250 million users, is causing children to become violent, distracted and sleep-deprived, according to behavioral specialists in the US.

Michael Rich, a director of the Clinic for Interactive Media and Internet Disorders at Boston Children’s Hospital, told the Boston Globe: “They are not sleeping. They are not going to school. They are dropping out of social activities. A lot of kids have stopped playing sports so they can do this. We have one kid who destroyed the family car because he thought his parents had locked his device inside. He took a hammer to the windshield,” said Mr. Rich.

Shellharbour public school in NSW told parents: “The ability to communicate online whilst playing these games is leading to moments of online bullying, the use of inappropriate language and abuse.”

The most important thing to be wary of is that there is an opportunity for your children to connect with strangers in the game, and there is minimal monitoring of who is online and what is being said in the chat. 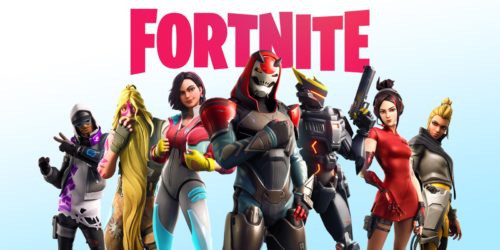 “My favorite part of the game is the surprise of finding where the chests are and what’s inside them, or what’s flying around or what your opponents have if you kill them,” says Rusty, a 10-year-old Fortnite player. “Often it’s a weapon. Sometimes you get a good weapon, sometimes it’s a bad one. You can get shields that protect you, you can get bombs, ammo, sometimes you can get materials.”

These surprise rewards can hold a strong appeal for kids. The excitement of finding a chest — and the possibility of what might be inside — is one such strategy that reinforces a person’s desire to keep playing and keep getting rewards.

Another feature that makes Fortnite enticing is the near-miss:  When your character is killed on Fortnite, you get to see the health bar of the person who killed you. Often you will see that your opponent was also close to dying, so the game feels like it was very close. The near misses are tantalizing, and you’re compelled to keep playing.

“With Fortnite, if you’re not on when your friends are playing, you’ve missed it,” notes Dr. Anderson. And for kids, feeling left out is one of the worst feelings there is.”

One of the biggest draws of Fortnite is its social component. Kids can play with a friend or in a squad of friends. Rusty plays with his neighbor and says they try to help each other out during the battles. If playing a game is fun by yourself,  naturally it is going to be more fun if you’re playing with friends. It also sets up some compelling expectations — and potential conflicts with parents. If you’ve set a time to play with a friend, you’re going to want to keep that appointment. If your friend wants to play the next game, you won’t want to let him down.

While all this carefully crafted game design makes Fortnite fun to play, it also makes it hard to stop, so setting limits is necessary.

“We try to take a sense of the amount of free time that a child has, and what we want to know is that there’s balance,” says Dr. Anderson. He has a checklist of things that he calls “developmentally integral” to a child’s life, that parents should make sure kids aren’t missing out on.

The list includes:
-Seeing friends and interacting with them in real life
-Participating in extracurricular activities they’re excited about.
-Keeping up with academic classes and doing homework.
-Building positive relationships with family members
Getting enough sleep.

You might like the idea of saving video games for the weekend, or you might agree that a smaller amount of time every day — maybe half an hour in the evening — is fine, as long as homework is done first. Whatever you decide, do continue to monitor how your child is doing, Dr. Anderson advises, and don’t be afraid to modify the schedule as needed. 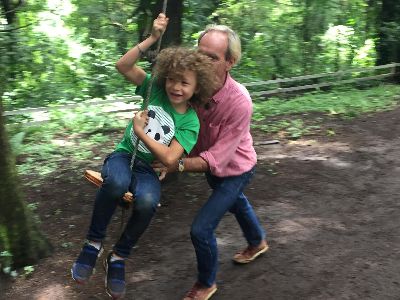