Transformando pequeños en gigantes
Inspirados en la Pedagogía Waldorff
How can you teach your child the qualities of the four processes?

Math has a quality and quantity part. For math to come alive, it is important that the children understand the quality of the four different processes of math first and then we can introduce the quality side. The following story is one way to introduce them to the different quality of each process.

Deep, underground, the gnomes are always busy working to gather jewels for the Gnome King`s Treasure Mouse. Every gnome has to bring in exactly 12 jewels every day, no more, no less, for most of them can only count to 12, but there are four gnomes who can count more, and less, and this makes them act differently. They even look different from their ordinary companions! Two of these fellows usually come home with more than 12 jewels and the other two with less. 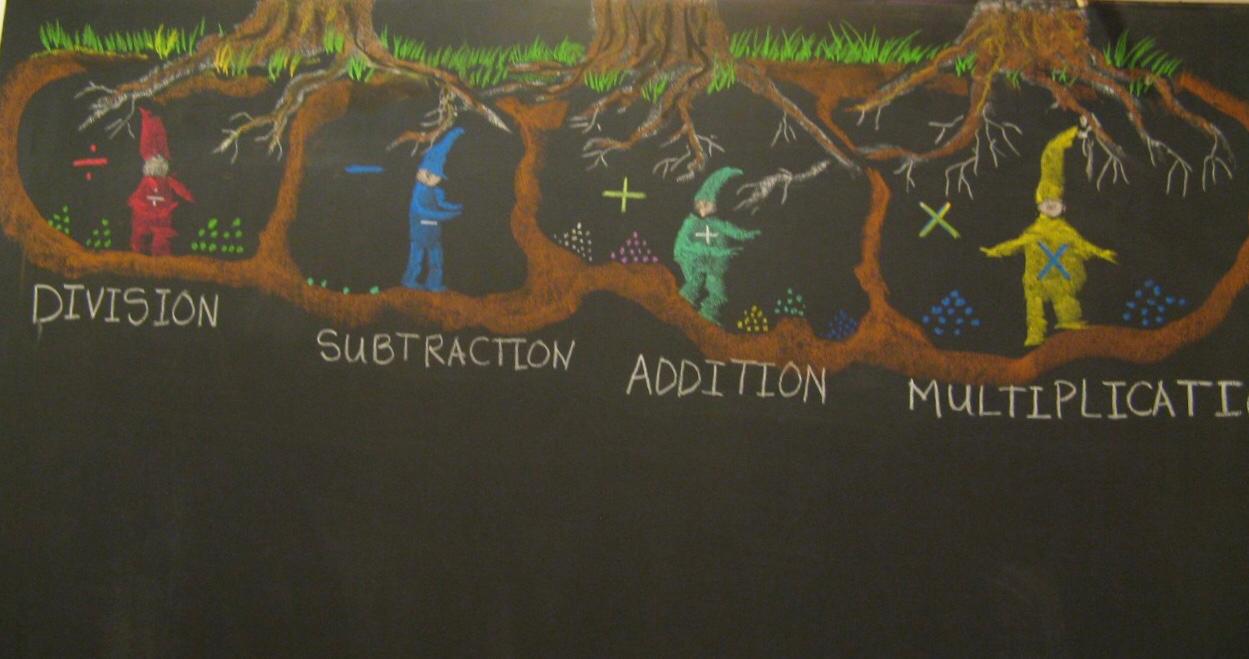 TIMES is the name of the first. Yellow as a candle flame, he lights up hidden places so as to find more treasures, at least 2 times more than 12 jewels a day. And he has to make two trips, instead of one, to be able to show off before all the others bragging, “Twice as much I bring to please my King!”

PLUS is the second, fat, green and greedy. He loves to think, “3 and 3 and 3 and 3 are twelve” and as he adds up what he finds, he wants more and more not only for the King but for himself. He fills his hands and stuffs his pants so that they rattle as he approaches the King. When he gives the King only 12 of these pretty stones, the Kings hears his rattling pants and turns PLUS upside-down to get all the rest. Says PLUS, “My pants I pad with all I add.”

MINUS, the third gnome, is blue and ragged. He has holes in his suit and holes in the sack which he carries. The jewels he gathers fall out through the holes as he wails, “Raggedy- blue, what will I do?” He always has less than he should even when he meets one who is always willing to share what he has found and consequently also has less.

Warm-hearted and red as the heart`s blood, the fourth gnome is named DIVISION. When he hears the wailing of blue MINUS, he hurries up to him saying, “With you I’ll share the jewels I bear.”

Now the Gnome King knows all about these four gnomes. He knows that MINUS will always be losing his jewels but that PLUS will find them and add them to his pile. The King knows that DIVISION will have less because he is kind enough to divide up his jewels and give a share to MINUS; and that although DIVISION brings in only a part of what he is supposed to, TIMES will bring in more than he should so that in the end nothing is lost but some is gained. 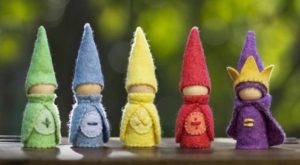 MINUS loses 8 and has 4 left

DIVISION gives 6 to MINUS and keeps 6

How many jewels do they bring in altogether? 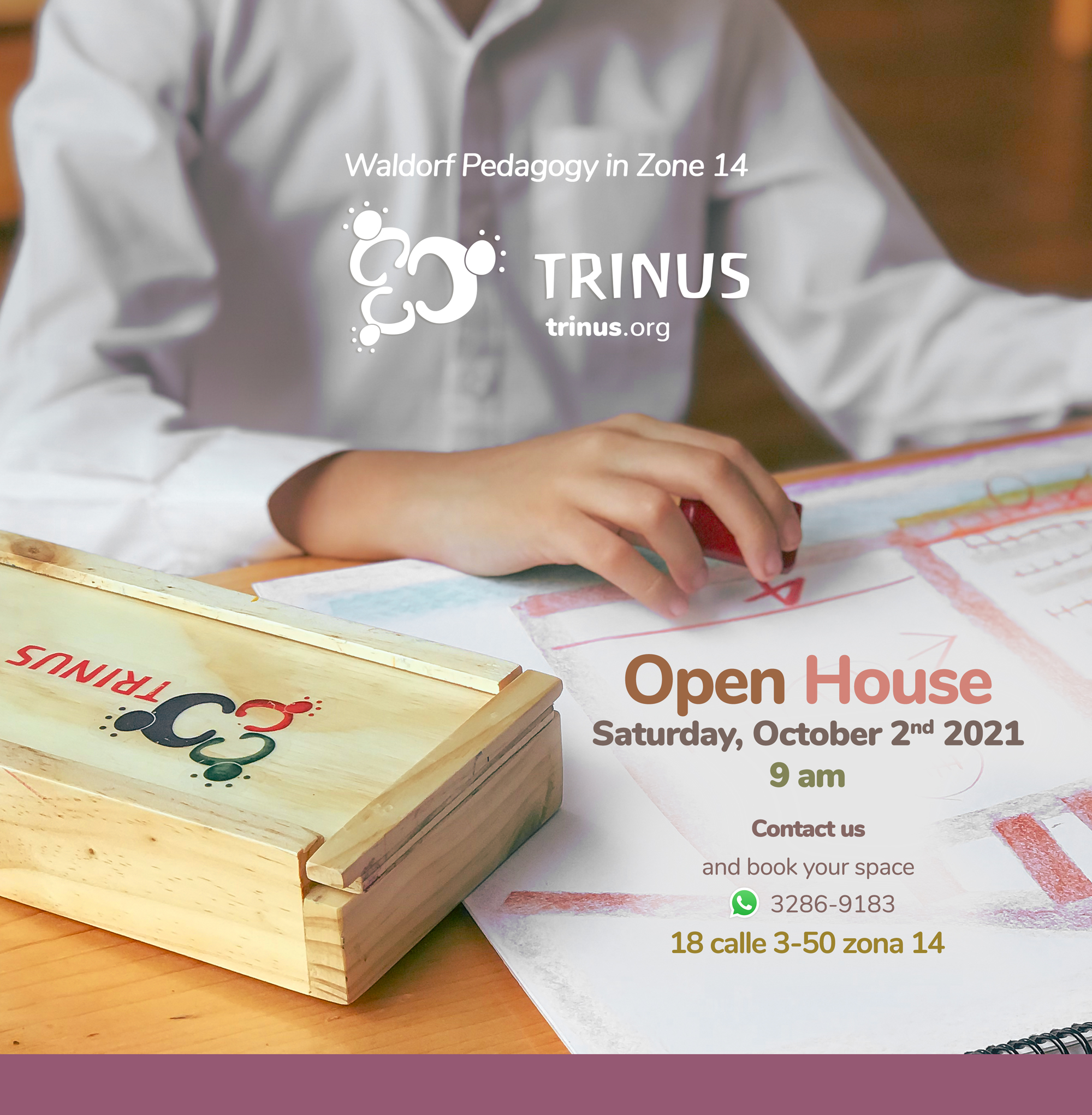